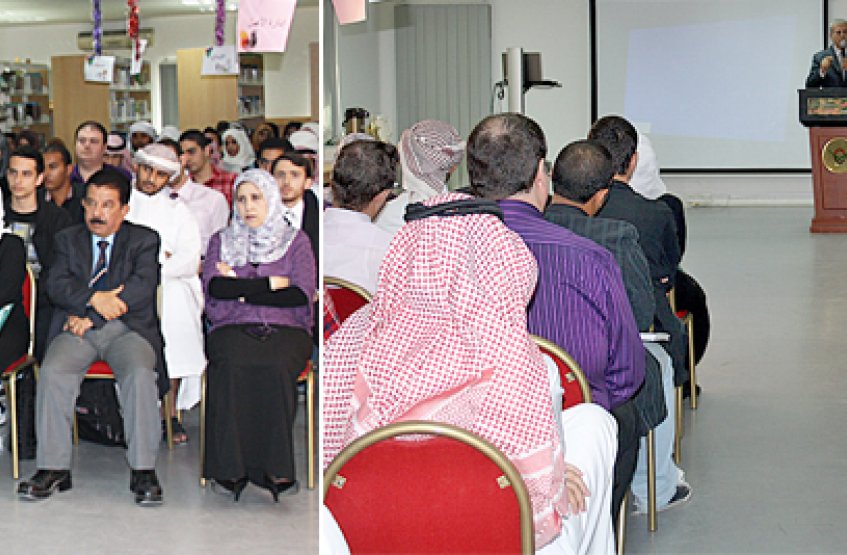 The Deanship of Student Affairs at Al Ain University held a ceremony at Al Ain and Abu Dhabi Campuses to honor the academically distinguished students. The ceremony aimed at encouraging students from different colleges to keep up their academic excellence.

Prof. Ghaleb El Refae, AAU President, conveyed his appreciation of the honored students. At the ceremony held for 132 students who achieved the University and Dean Lists, Prof. El Refae reiterated that attaining academic excellence requires extensive effort and hard work. Students striving for excellence need to work with multiple sources of knowledge and stay up to date with the latest advancements.

Prof. El Refae also highlighted that AAU is keen on updating the programs offered in accordance with the market needs in addition to pioneering programs that contribute to enhancing the student’s capabilities. Students are continuously urged to actively participate in seminars, conferences and other events that play a role in their preparation for the workplace; hence reflecting on the distinguished level of students and graduates.

Dr. Ibtehal Abu Rezq, AAU Dean of Student Affairs, expressed the pride she takes in the distinguished students. “Distinction is not only limited to academic excellence, it is also a way of life,” she addressed the honor students. When distinction is the goal in the course of study, it will live on throuought one’s career, she added.

On their part, the students showed delight and appreciation for this gesture especially that the phrases “University Honor List” and “Dean Honor List” appear on the students’ transcripts recording their academic distinction even after their graduation.