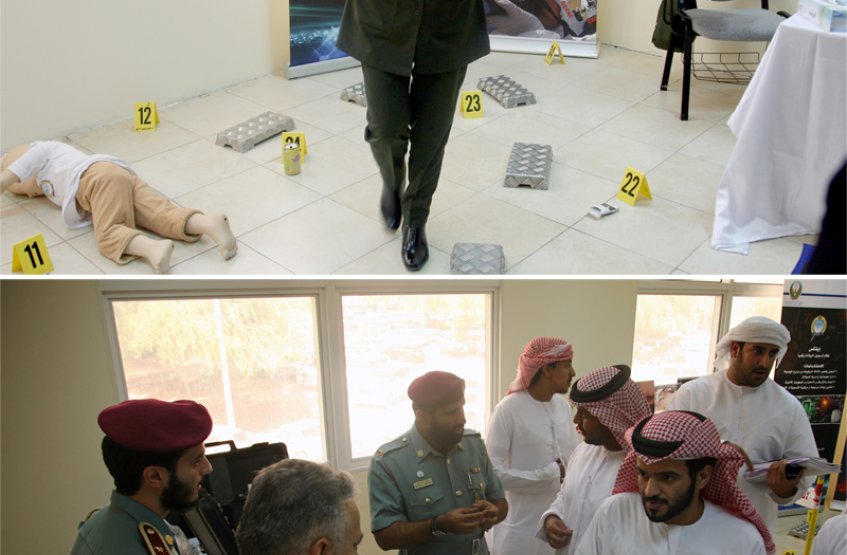 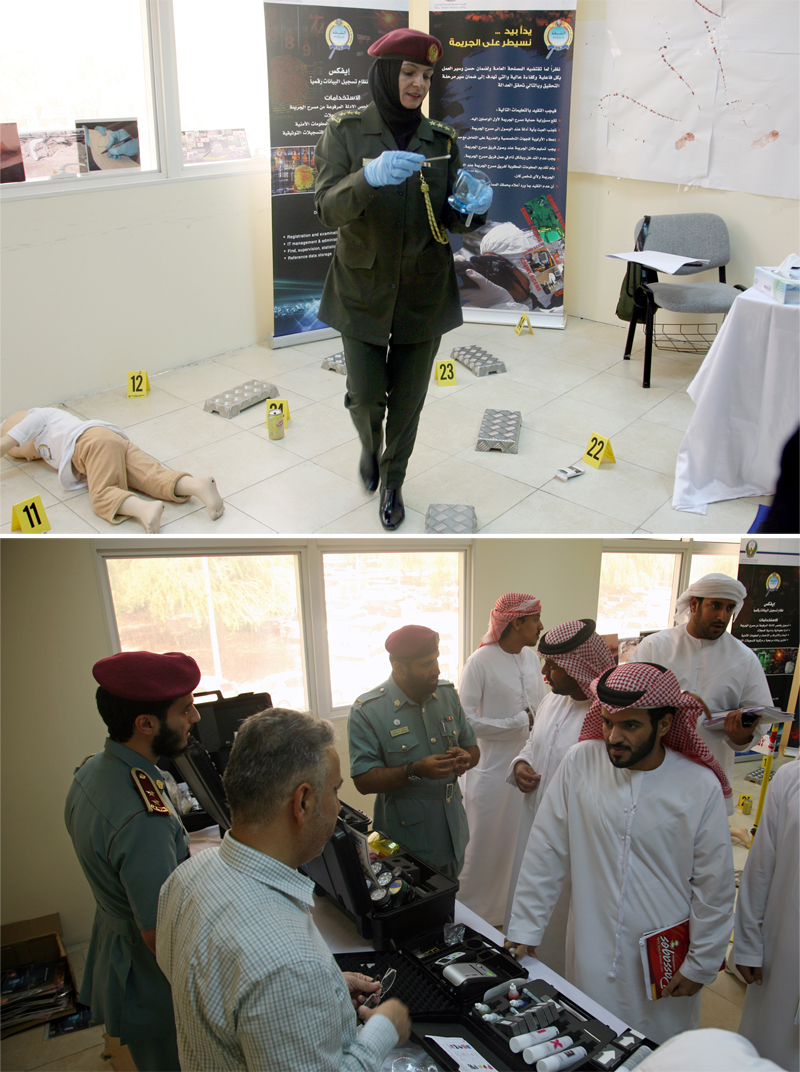 In collaboration with Abu Dhabi Police Crime Scene Department, the Weapons and Explosives Department, the Forensic Evidence Department, the Society Police Department, and the Security Inspection Department K9, the Deanship of Student Affairs at Al Ain University Abu Dhabi Campus organized a workshop for the Law students as part of the “Practicum” course for students. The workshop included a detailed demonstration of handling a crime scene and the advanced equipment used for crime scene investigation. The workshop deliverers also prepared a full scenario of the crime and explained the steps followed from the lodging of the report up to the entry of the crime scene, including maintaining the crime scene, collecting evidence, sending it to the lab for analysis, and preparing the forensic report to be sent to the prosecutor.

Captain Sabah Al Towashi of the Crime Scene Department presented the workshop where she explained that the crime scene is the repertoire of material evidence which gives it importance for the various justice departments to find material evidence to help bring the culprit to justice. Specialists from the other departments also explained the nature of each department’s work and responsibilities.

On her part, Dr. Zuhrieh Zoe Shana, Deputy Dean of Student Affairs, reiterated that the Law students need to be acquainted with the tasks of the various departments of Abu Dhabi Police HQ and their importance in maintaining the security which will contribute to their preparation to become qualified, competent public prosecutors. It is also important to know the technical information related to conducting investigations, collecting evidence, and analyzing it in order for students to be able to assess the situation and act according to procedures.

At the end of the workshop, Dr. Zuhrieh Zoe Shana, Deputy Dean of Student Affairs, presented a certificate of appreciation to the workshop deliverers in gratitude for their effort in delivering a comprehensive, highly informative workshop that will benefit the students upon their graduation.