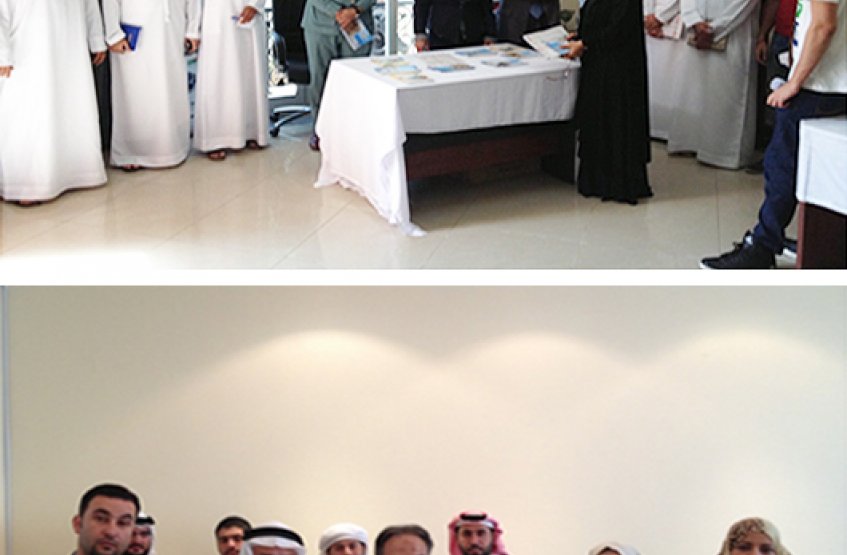 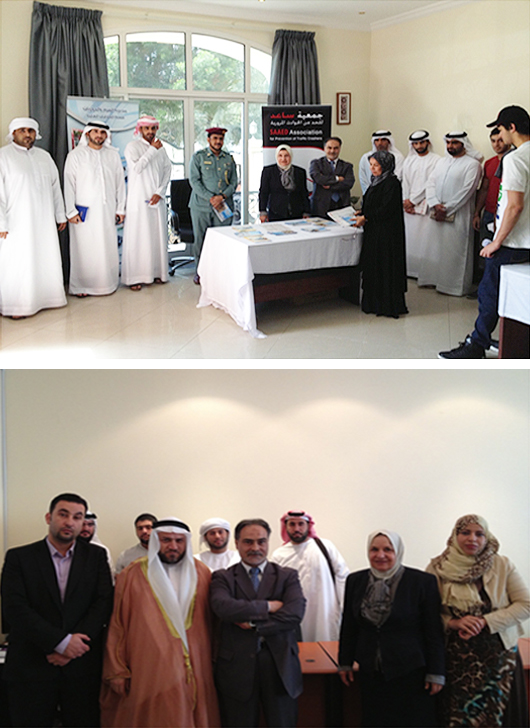 The AAU Deanship of Student Affairs at Abu Dhabi Campus, in cooperation with the Directorate of Traffic and Patrols at the Abu Dhabi Police GHQ, hosted a one-day traffic awareness exhibition entitled “Safe driving will get you to your goal” at the event hall at the university. Prof. Abdelhafid Belarbi, AAU Vice President, opened the exhibition accompanied by 1st Warrant Officer Salem Al Nahdi and Corporal Kholoud Al Habsi from the Traffic and Patrols Directorate at the Abu Dhabi Police GHQ. The exhibition is part of the awareness program presented by the Traffic Directorate and in implementation of AAU’s role in spreading awareness as part of its social responsibility toward the community. The exhibition included signboards for regulations and prohibitions while driving. The audience and exhibition-goers also received awareness leaflets promoting traffic safety in vehicles and on the road.

On the sidelines of the exhibition, AAU, in collaboration with the General Authority of Islamic Affairs and Endowments, organized a talk entitled “Don’t harm yourselves” delivered by the honorable Dr. Zakariyya Al Hamaqa, Mufti and Preacher at GAIAE. The lecture confirmed and reiterated the importance of adhering to traffic rules and explained the importance of taking care of oneself from an Islamic point of view.

Dr. Zakariyya highlighted that Islam has promoted the values of road manners such as giving way and refraining from harming others. He quoted Prophet Mohammad PBUH and called on the audience to ensure the safety of fellow Muslims through abiding by traffic signs and driving within the speed limits.

On this occasion, Prof. Abdelhafid Belarbi mentioned that the event falls within AAU’s goals to disseminating traffic knowledge among students and spread awareness programs on driving in addition to providing students with information and instructions to improve their level of traffic culture and urge them not to exceed speed limits. The event also seeks to promote the concept of traffic safety through using the seatbelt, avoiding speed driving, traffic fines, and other issues.

Dr. Zuhrieh Zoe Shana, AAU Deputy Dean of Student Affairs, lauded the effort made by the Abu Dhabi Police GHQ, and the awareness campaigns it organizes in all fields of interest to the people of the UAE including road safety, traffic, and security topics in addition to all the services rendered to the community to maintain safety and security, especially that students need more awareness and attention than other groups.