In line with the Reading Year initiative ,, AAU organized an Anecdotal session 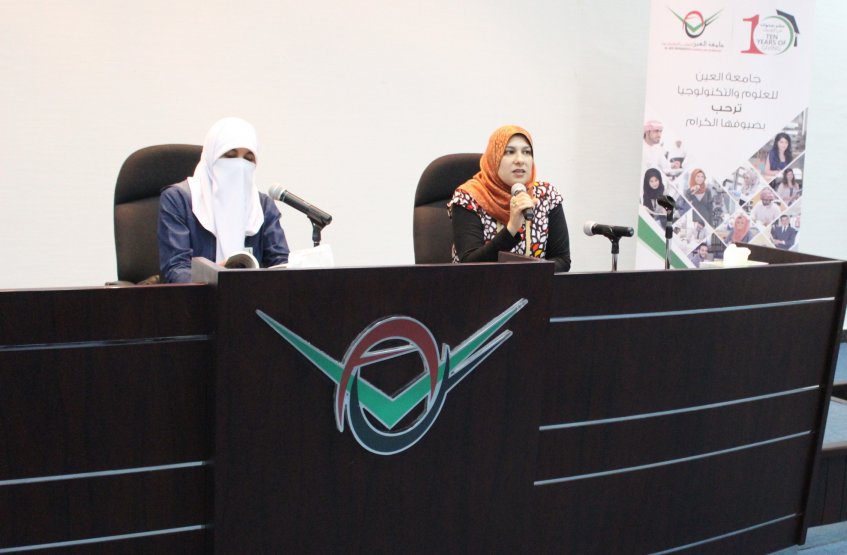 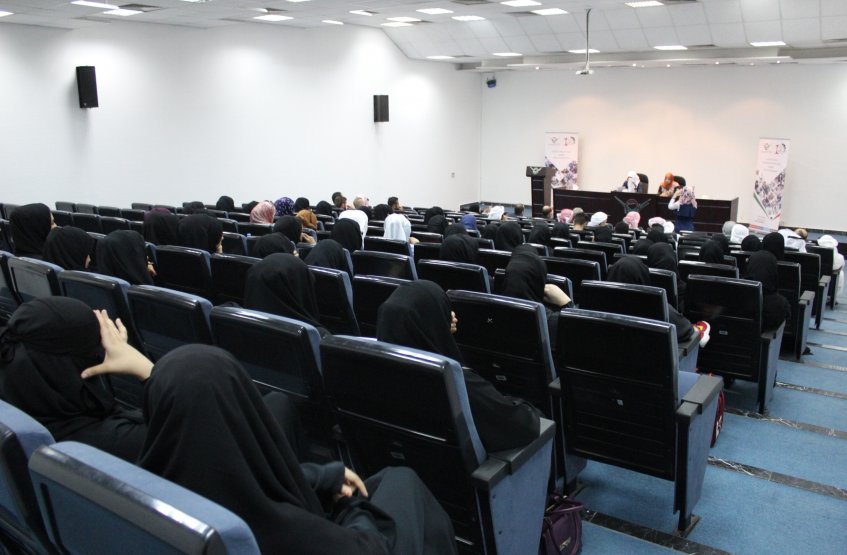 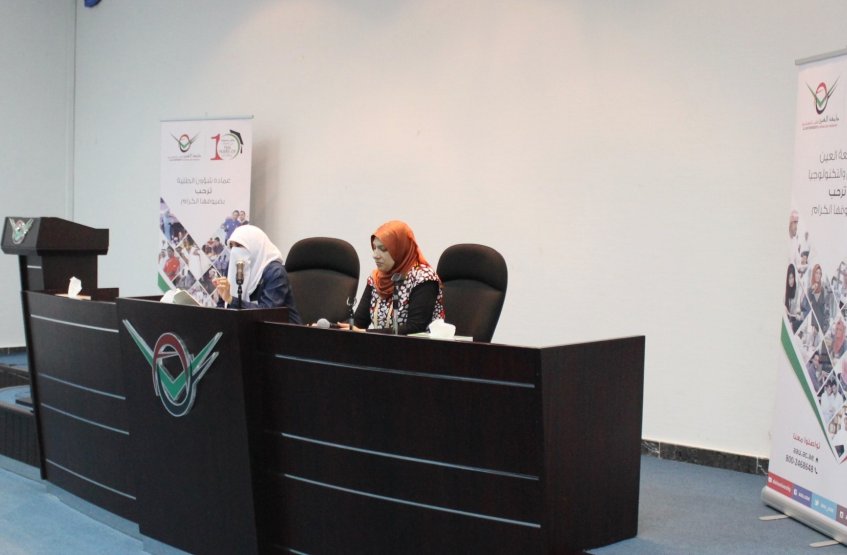 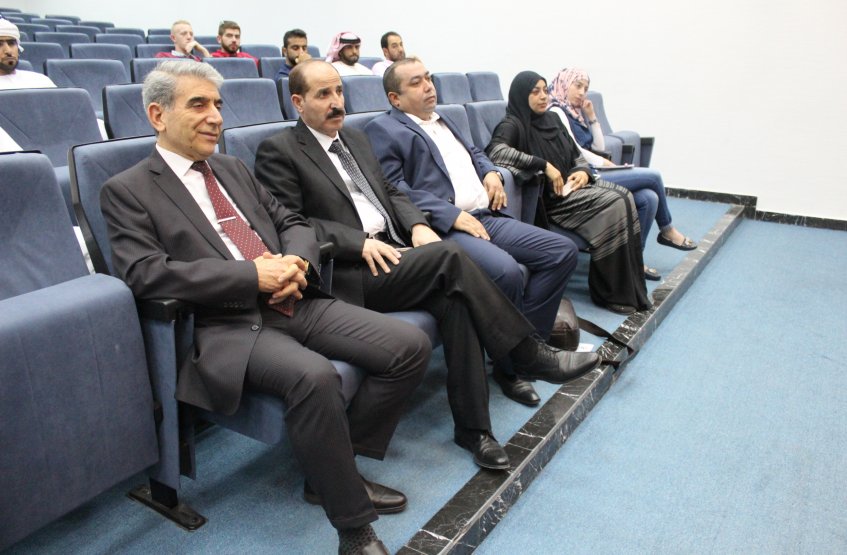 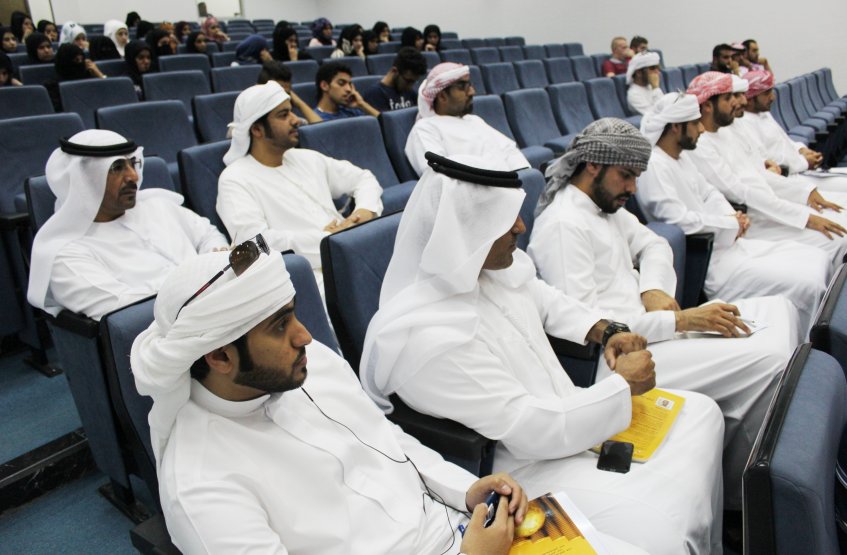 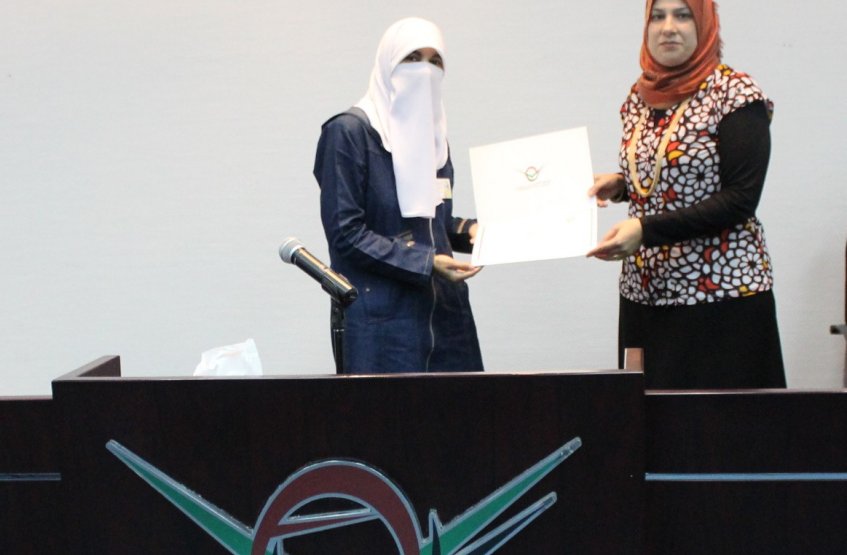 In the context of supporting the initiative launched by the wise leadership of the United Arab Emirates to make the 2016 a reading year, the Deanship of Student Affairs  at Al Ain University –Al Ain Campus- organized an anecdotal session, which was presented by the writer Asmaa Zaytoun -Member of the Jordanian Writers Association and the General Union of Arab Writers.

The session began with an examples of short stories which were read by the writer. she explained the differences between a short story and a very short story, The latter is characterized for being more shorthanded, intense, concise, as rhetoric and focus increased with the presence of some of the mystery.

As anecdotal session included readings for a variety of short stories for different writers, and then writer, Asmaa, read samples from the collection of her short stories and models (A Canine), one of the Jordanian Ministry of Culture publications, which has been selected within the range of stories to be translated into English to be a model for the Jordan story.

It is worth mentioning that the writer Asmaa Zaytoun holds the Third place in the Sharjah Award for Arab Creativity for her novel (Mawt Moagal), which is one of Department of Culture and Information / Sharjah.

It is noteworthy, that the anecdotal session had a positive response from the academic faculty and students of the university.

Within the events of the Reading Year 2016 .. AAU organized “Read to Live Up” Competition