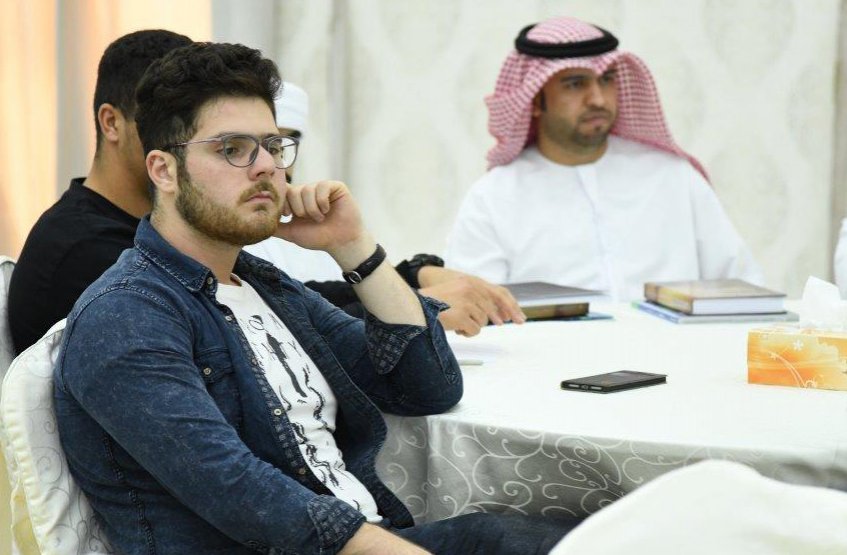 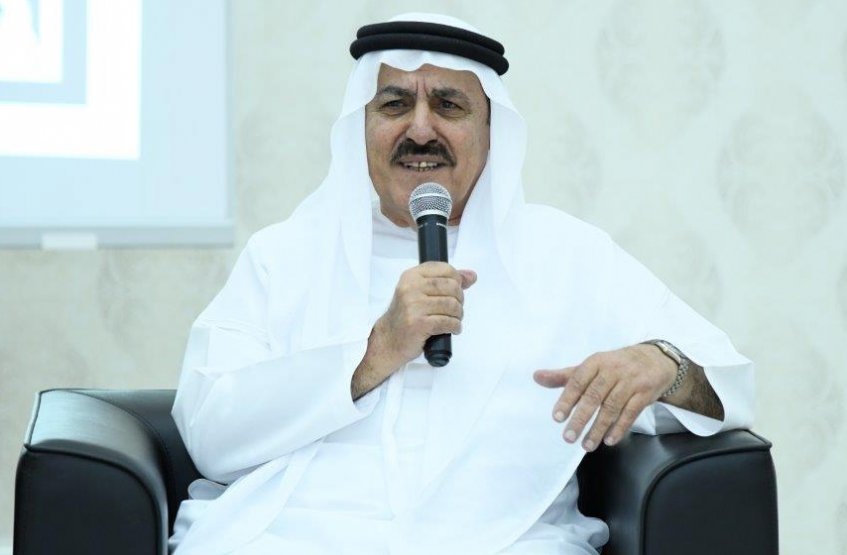 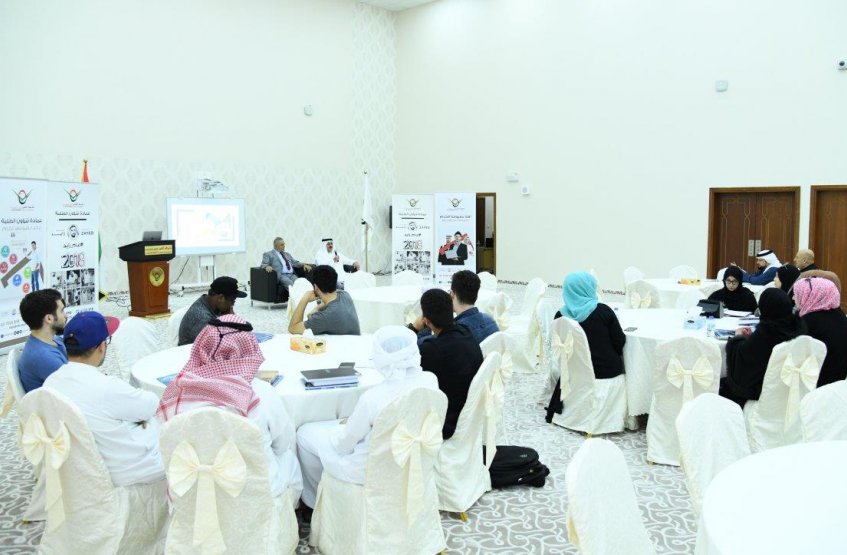 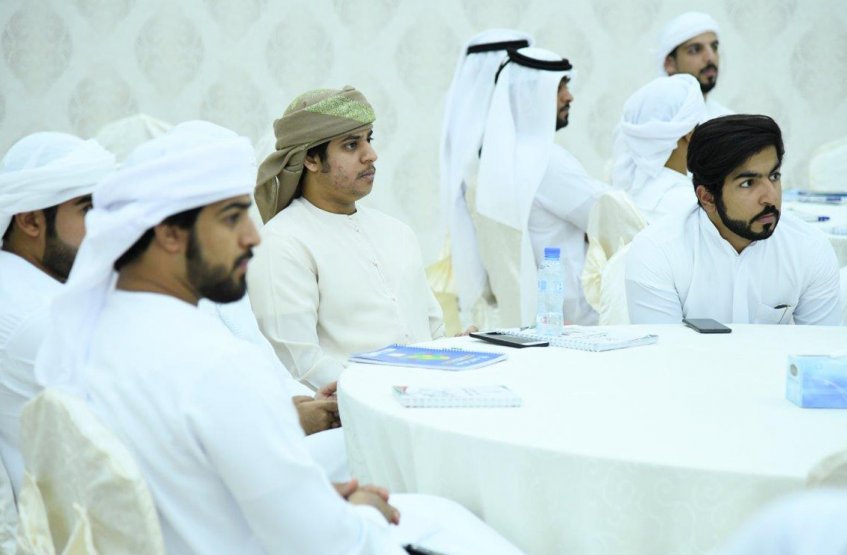 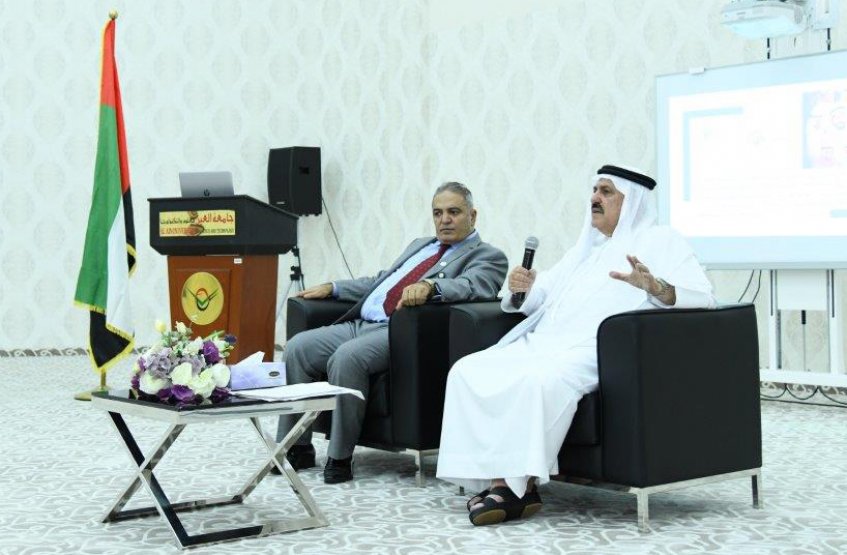 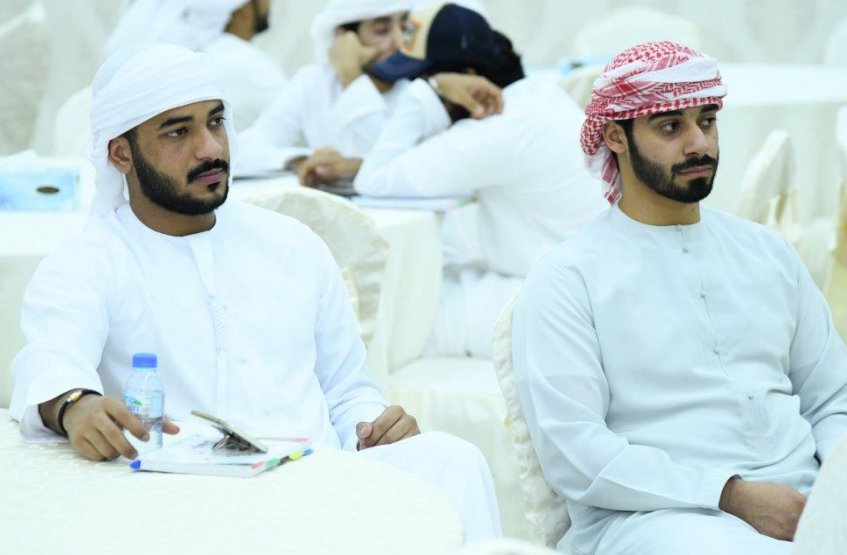 Al Ain University highlighted on the thoughts of the late Sheikh Zayed Bin Sultan Al Nahyan, through a seminar organized by the Deanship of Student Affairs at AAU, Abu Dhabi Campus, under the title “Highlights on the Historical, Literary and Economic thoughts of the late Sheikh Zayed”, presented by Writer and Media Professional Mr. Khalil Ailabouni, one of the founders of Abu Dhabi Radio and one of the pioneers of media work in the UAE. And, In the presence of academic and administrative staff and AAU students.

Mr. Ailabouni spoke about the personality of the father, Sheikh Zayed by explaining the march of the founding leader and his role in drawing the basic features of the modern country in various fields, such as; political, administrative, development, economy and history. He also talked about the elements of success that made the UAE one of the most developed countries, and that is because of the; Wise leadership that planned for effective production and employment of oil revenues in construction and development. He added that the late Sheikh Zayed, may God rest his soul, was not a normal man, but a man who had an apparent vision.

Dr. Hani Al Jarrah, Deputy Dean of Student Affairs, welcomed the visitor guest, expressing his happiness at his presence at AAU to talk about “Hakim Al Arab” Sheikh Zayed Bin Sultan and his thoughts. He added that this seminar coincides with the Year of Zayed 2018, and within the framework of the university's keenness to highlight the father's thought and his role to establish the UAE.