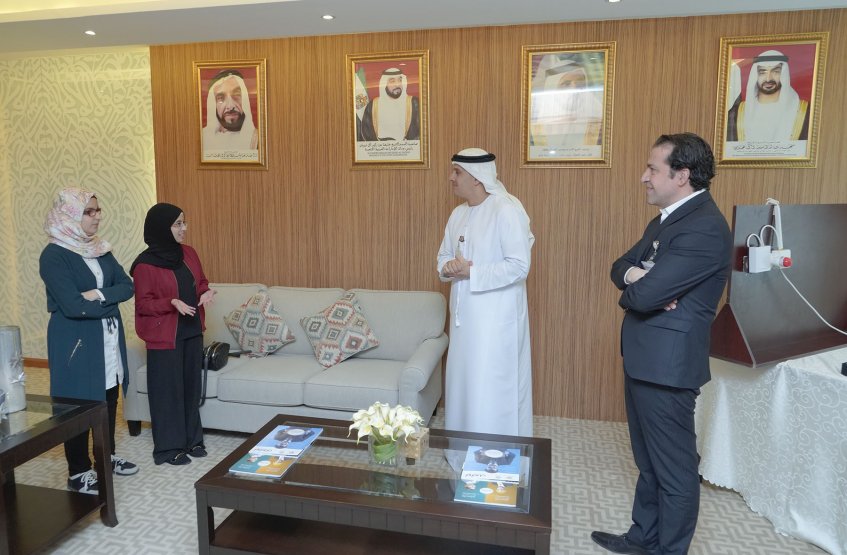 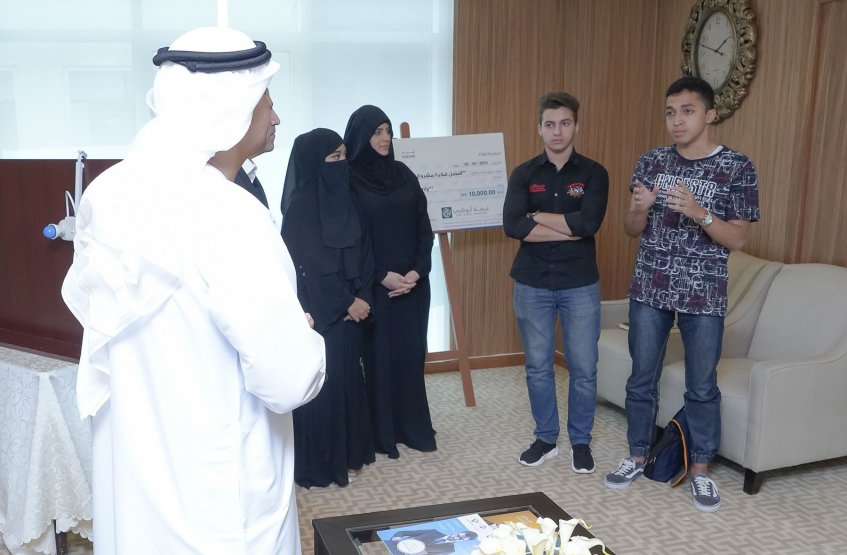 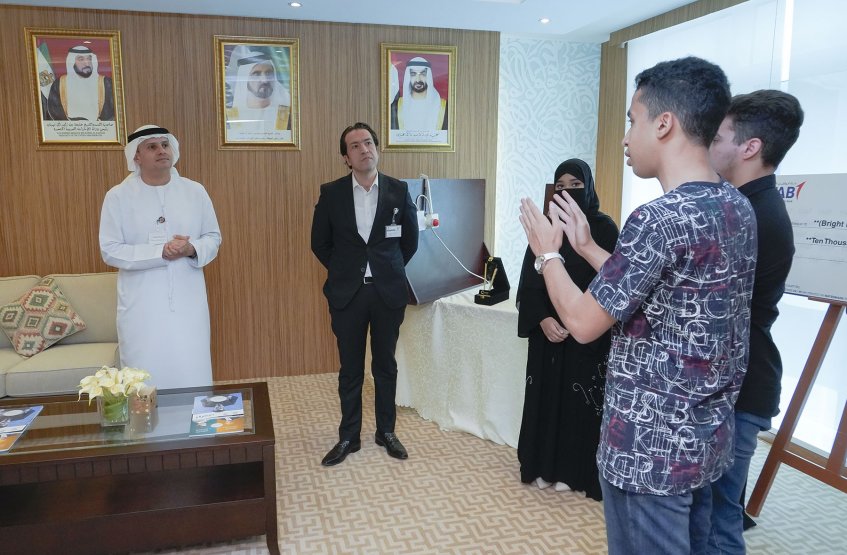 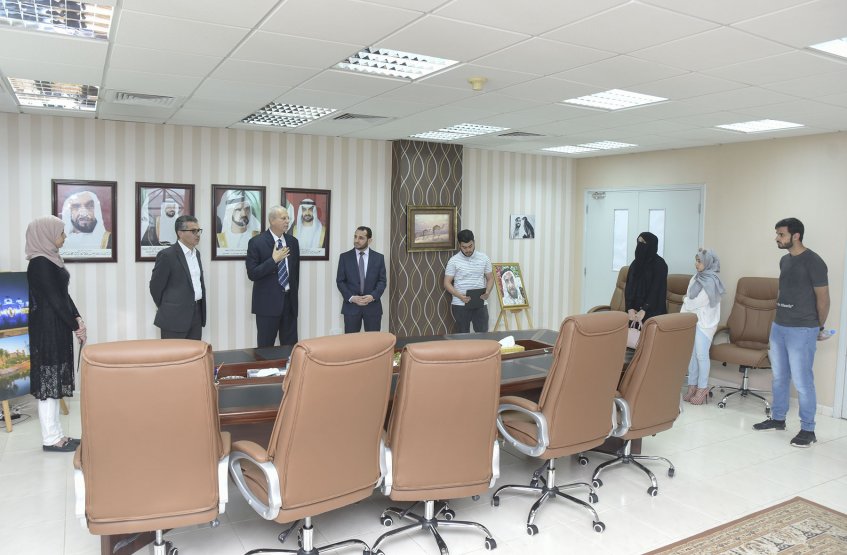 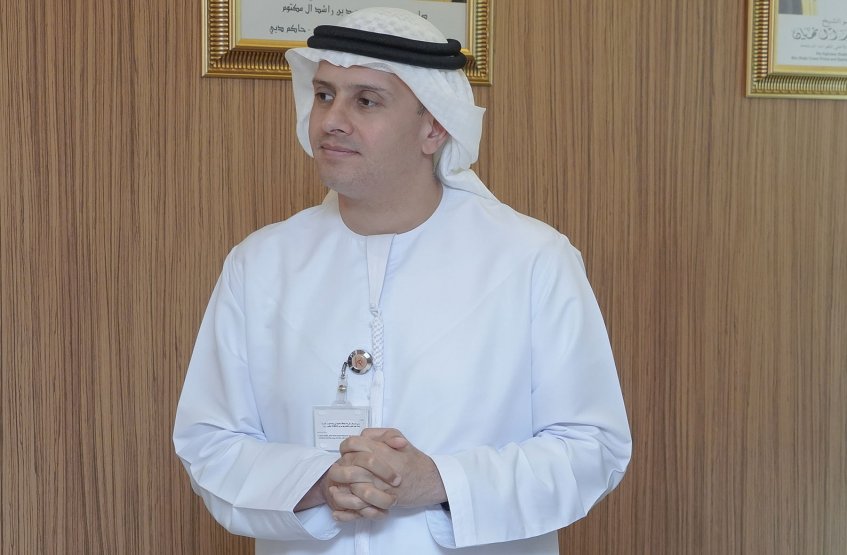 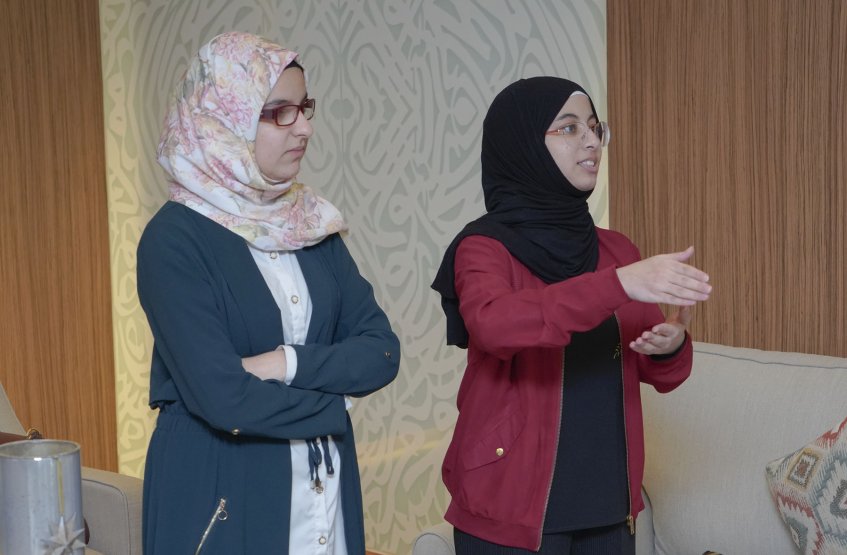 The first group supervised by Dr. Faten Kharbat Deputy Dean of the College of Engineering (Abu Dhabi Campus) won the first place on their project "Fake Video Detection" in the field of space security, the second group supervised by Dr. Fadi Al Hassan (Al Ain Campus) won the second place in the community service for their project "Smart Stick for the visually impaired”. The third place was taken by two groups from Al Ain and Abu Dhabi campuses in the fields of software and designs common in the projects of" Educational Game for the Water Cycle "and" Butterfly "under the supervision of Dr. Saqib Iqbal and Dr. Tarek Al Amsy, accordingly.

Dr. Noor El Deen Atatreh, AAU Chancellor, met the students and expressed his pride in them, praising their efforts and encouraged them to be more creative. Also, Prof. Ghaleb Al Refae, AAU President, received the winners in his office, congratulated them and expressed the pride of Al Ain University on what they have achieved, encouraging them to continue in scientific research and innovation and to achieve more successes and achievements.

Dr. Qutaibah Al Thebyan, Dean of the College of Engineering, expressed his pleasure about the AAU students winning these prizes. He also praised the AAU’s efforts to support all students and encouraged them to be innovative.

Al Ain University represented by the College of Engineering is keen on participating annually in the IEEE student day, which is considered as a unique opportunity for students to share their knowledge and experience with students from other institutions, promotes a culture of competition among them and encourage them to be innovative.