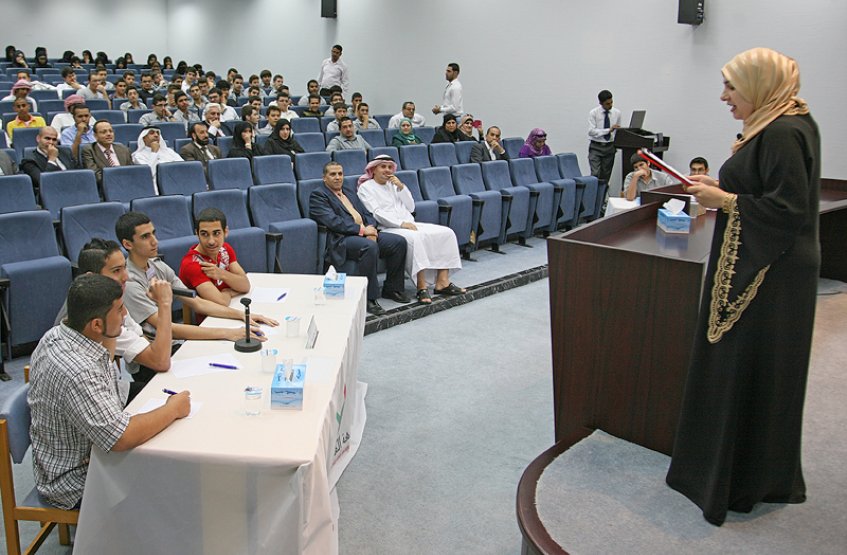 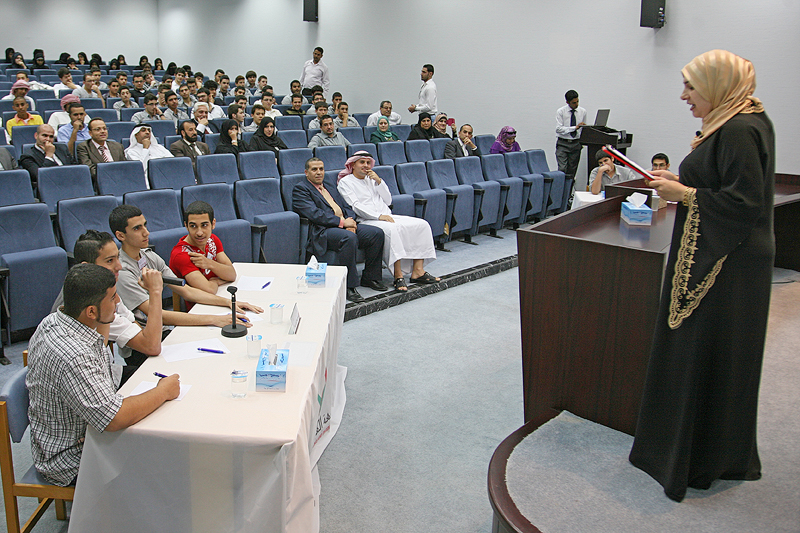 In a competitiveness-charged atmosphere, the AAU First Inter-School Cultural Excellence Competition concluded at Al Ain University for the academic year 2012 – 2013 in which schools in the eastern region of Abu Dhabi participated. The competition, the first of its kind in UAE universities, was organized to support distinguished high school students in the academic field.

On this occasion, Dr. Noor Aldeen Atatreh, AAU Chancellor, mentioned that the competition springs from AAU’s strong belief in its active role in community engagement and the support the university needs to give to excellent students as well as creating a positive spirit of competitiveness among school students. He also underlined that the competition has helped spread the culture of creativity through discovering talented and distinguished students; highlighting their ability for collaboration, planning, team-work, and responsibility; and enriching their knowledge.

Addressing the audience, Dr. Atatreh said, “On behalf of the AAU community, I would like to extend my appreciation to everyone who contributed to the success of the competition namely, Al Ain Education Zone representatives, Abu Dhabi Education Council, participating schools and students as well as coordinators.” He added, “There are no limits for creativity, and creative minds require preparation, practice, and intensive effort in training and skills-building in order to be able to shape their thoughts and achieve them in a certain field. Creativity and positive thinking are the key components to success and distinction, and creativity at university begins at school.”

The Chancellor concluded stating that AAU is looking forward to your joining as students. In addition, at its new campus, the AAU community is keen on interacting with you as a patron of creativity and distinction through awards, grants, and incentives all directed toward students. Dr. Atatreh finally extended AAU’s gratitude to the students’ parents. “AAU’s mission aims to encourage competitiveness, challenge, and determination. You, the generation of tomorrow, truly kindle the torch of knowledge,” he said.

The AAU First Inter-School Cultural Excellence Competition is considered the first of its kind in UAE universities for high school students. Eighteen schools in the eastern region of Abu Dhabi took part, and AAU allocated cash awards for the winning teams.