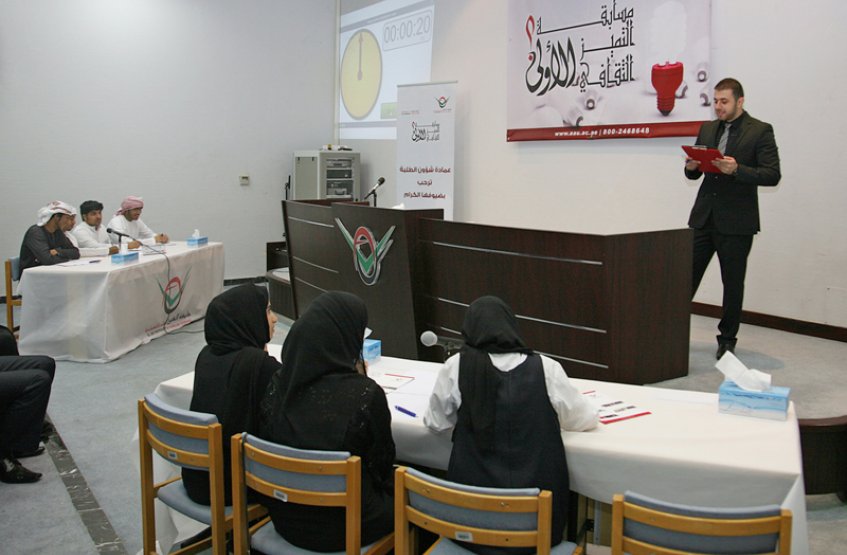 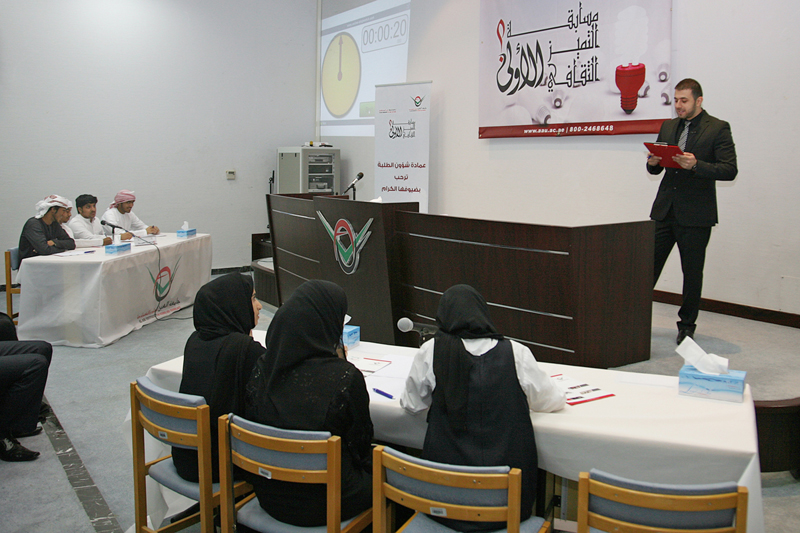 Al Ain University launched the First Inter-School Cultural Excellence Competition for schools in the eastern region of Abu Dhabi for the academic year 2012 – 2013. The competition, the first of its kind in UAE universities, is by organized Al Ain University to support distinguished high school students in the academic field. Eighteen schools from various regions of the Al Ain took part in the competition organized in coordination with the Abu Dhabi Education Council.

On this occasion, Dr. Noor Aldeen Atatreh, AAU Chancellor, mentioned that the competition is a translation of the UAE leadership’s instructions to give education, on all levels, the utmost attention, to encourage distinguished students, and to urge other students to excel academically both before university and during their course of study at the university. He added that AAU’s strong belief in its active role in community engagement dictates supporting excellent students and creating a positive spirit of competitiveness among school students. Atatreh also underlined that the competition has helped spread the culture of creativity through discovering talented and distinguished students; highlighting their ability for collaboration, planning, team-work, and responsibility; and enriching their knowledge. This competition is an opportunity for students to become familiar with the University and the university system as well as to motivate them to pursue university degrees.

Further, Atatreh reiterated, that based on the high level of interaction the competition was met with among schools and students, AAU is committed to organizing the competition annually. In addition, AAU will look into expanding it on the UAE level in order for the competition to become a forum of culture through which distinguished students can shine as well as to instill a spirit of positive competiveness among all schools on the UAE level.

AAU will announce the winning school in the final stage of the competition, and prizes will be awarded to winning teams in an event to which school administrations and parents will be invited.