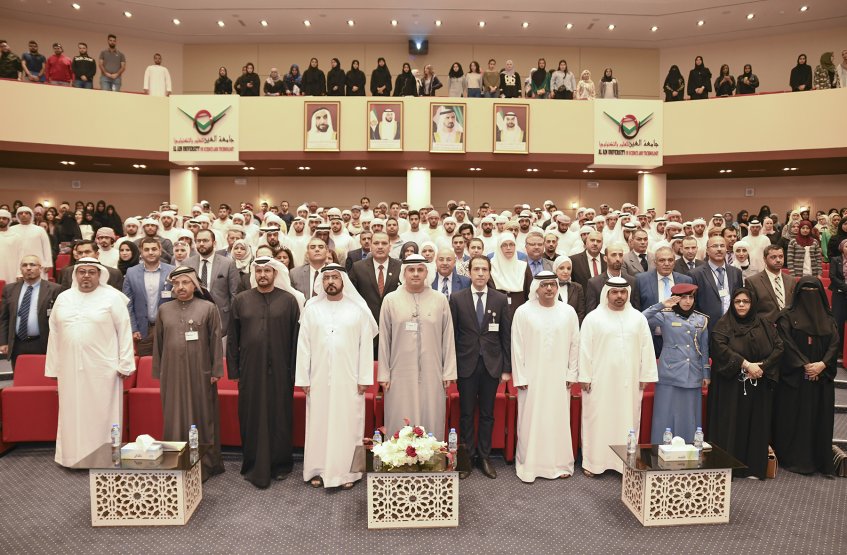 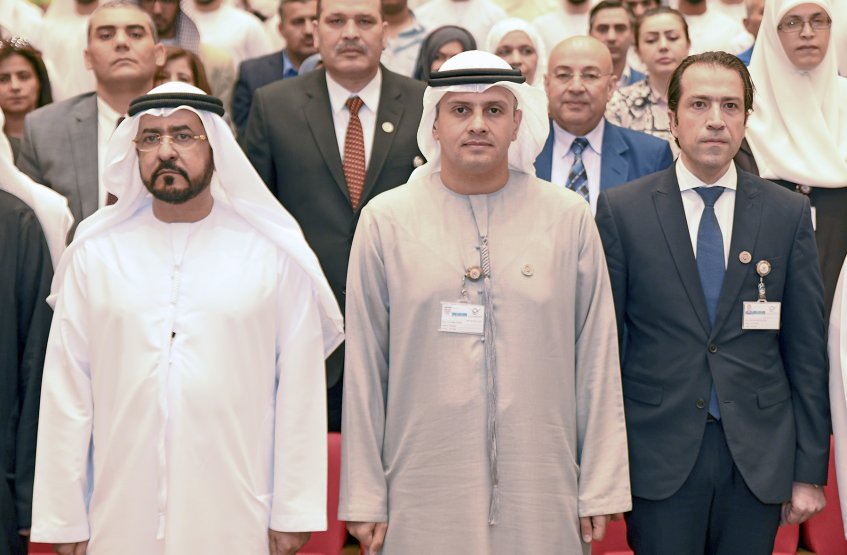 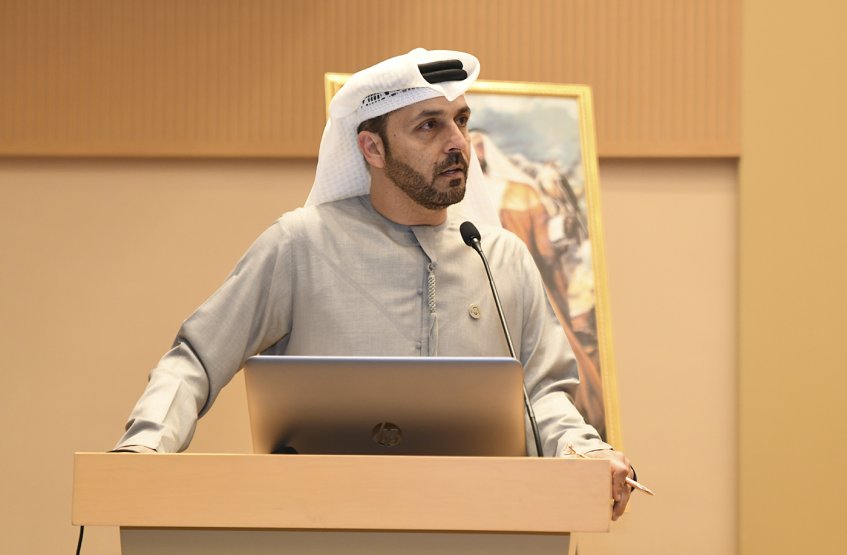 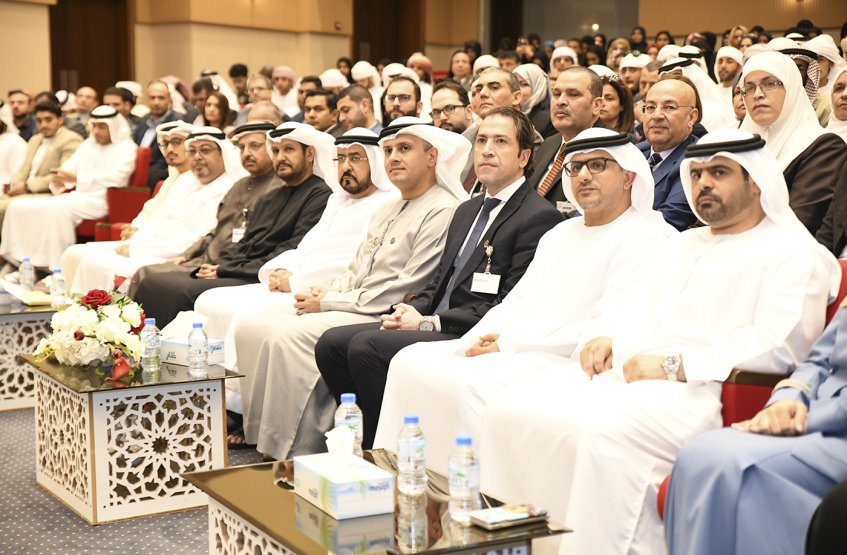 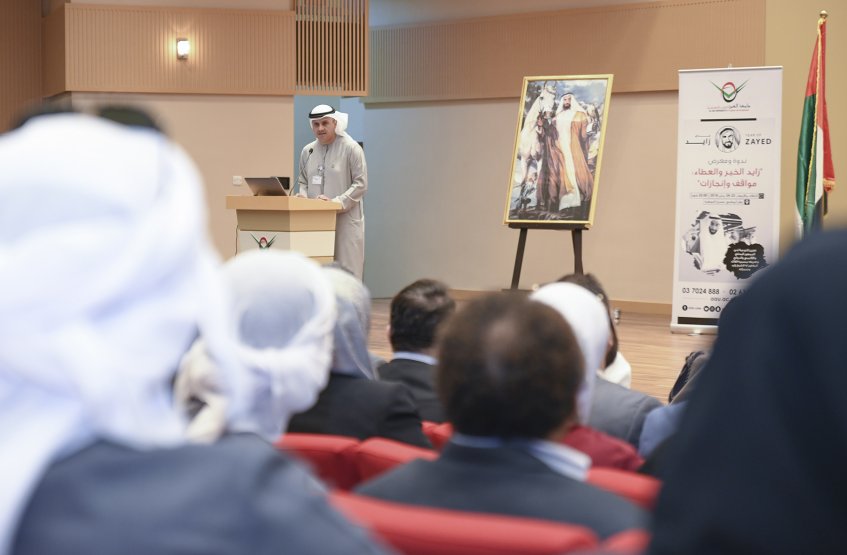 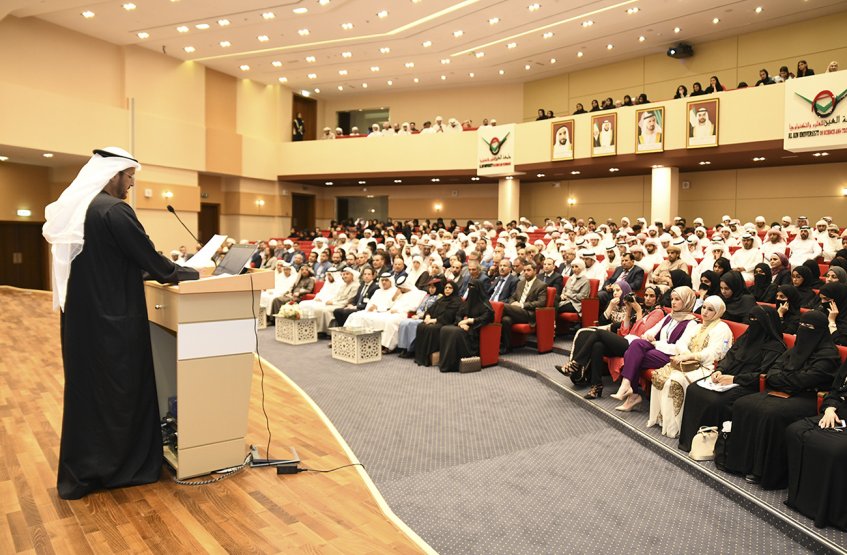 HE Al Kaabi presented bright glimpses of the life of the late Sheikh Zayed, where he had the honor of accompanying the late for a long period and learned from him, striking examples of his leadership, humanitarian achievements and his interest in the nation development. He also talked about his efforts to strength the UAE's position in all sectors.

On the sidelines of the seminar, AAU organized a special exhibition with the participation of a number of governmental and private bodies represented by the Ministry of Interior, Zayed Foundation, UAE Red Crescent, Family Development Foundation and Abu Dhabi Media. Where their participation represented, pictures, books, and collections reflecting the life of Father Zayed and his most important achievements throughout history.

AAU Chancellor expressed his pleasure to organize such an event at Al Ain University, saying: "This event is part of the fulfillment of the late Sheikh Zayed bin Sultan Al Nahyan, as he was the father and builder of the UAE, and offered a lot for Arabism and humanity”.

This event coincides with the year of Zayed, and aims to reflect the approach of the UAE founder and to identify important aspects of his life. The event was very popular and impressed.