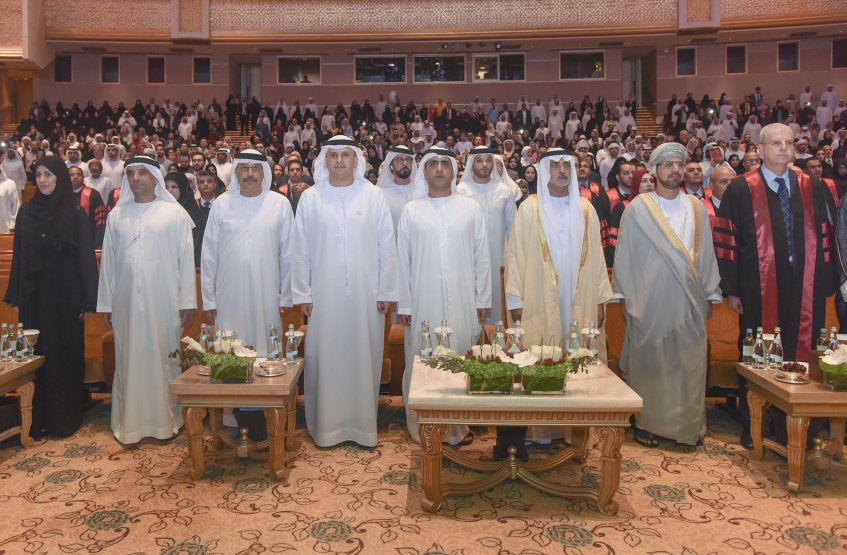 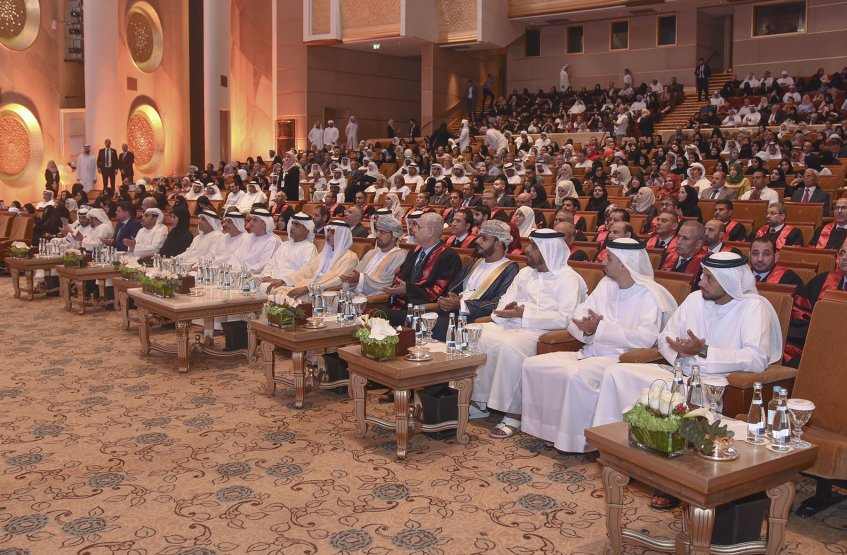 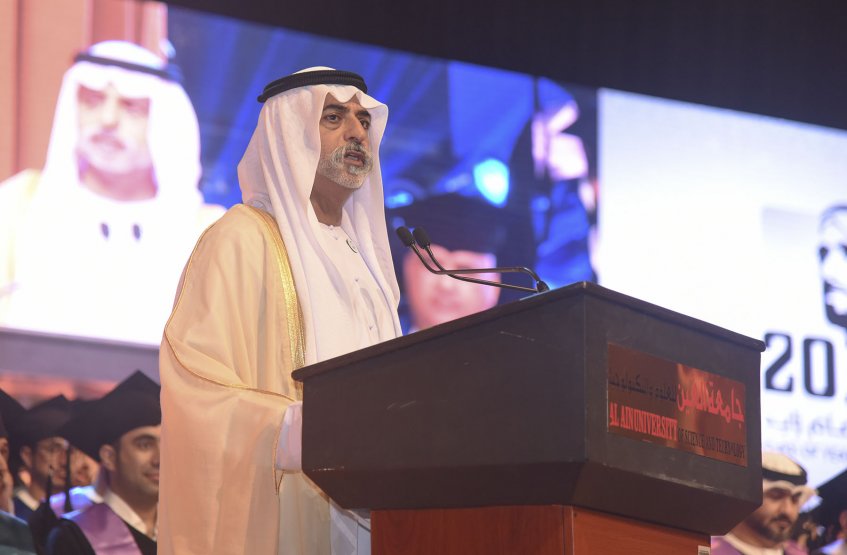 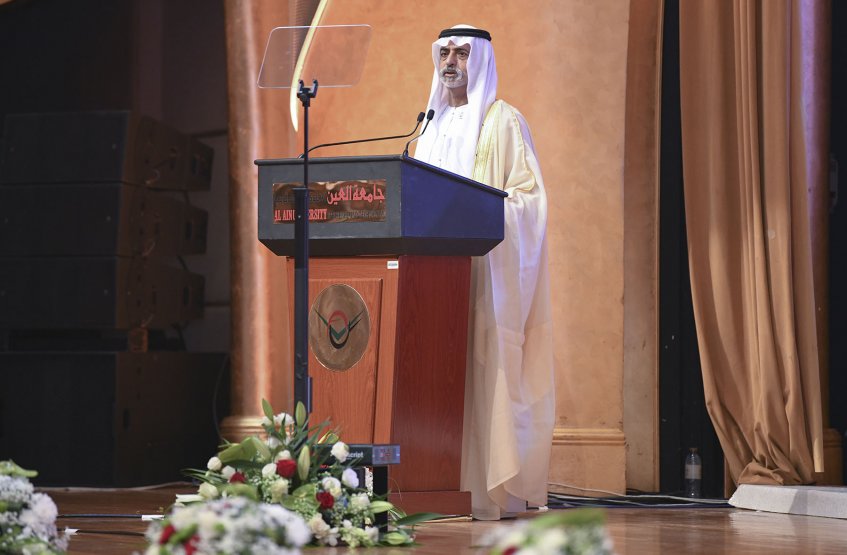 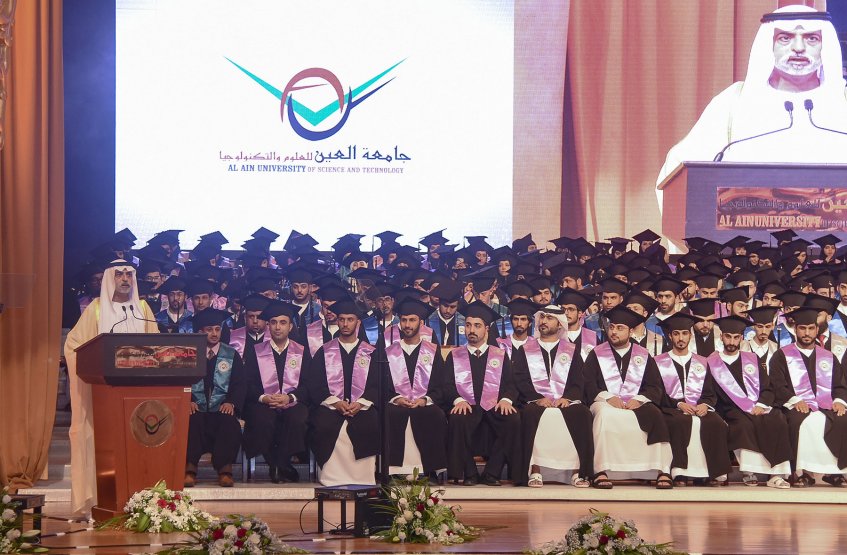 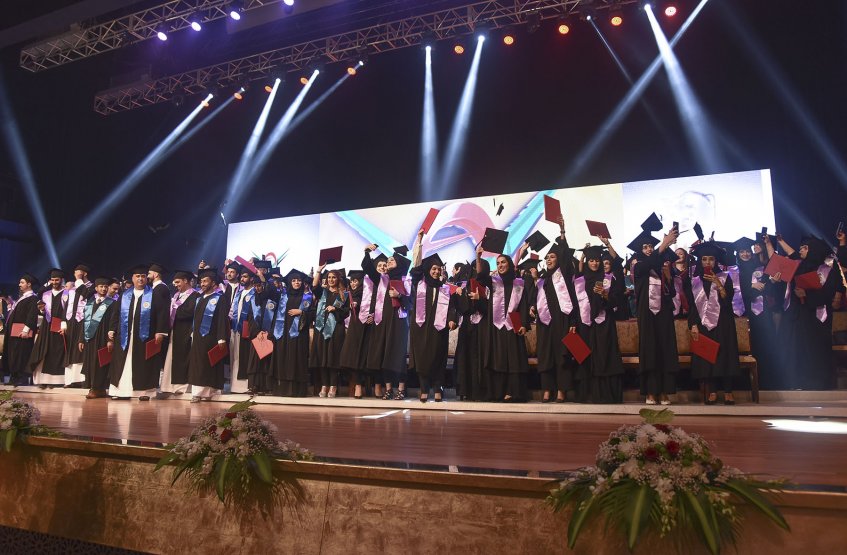 His Excellency Sheikh Nahyan bin Mubarak Al Nahyan, Minister of Tolerance, has attended the graduation ceremony of the 2018 'Year of Zayed' batch from Al Ain University in its both campuses Abu Dhabi and Al Ain.

The ceremony, which had 360 graduates from the university's undergraduate, graduate and Professional Diploma, was held at the Emirates Palace in Abu Dhabi, and was attended by a number of ministers, representatives of diplomatic missions in the UAE, members of the Board of Trustees and the Board of Deans, the AAU academic and administrative staffs, as well as, the graduates parents.

The graduation ceremony started with the National Anthem and the graduate’s speech presented by the graduate, Sheikha Al Hmoudi from the College of Business. She congratulated her colleagues, wishing them success in their future. She also provided a special thanks for the HE Sheikh Nahyan bin Mubarak Al Nahyan, and for the Al Ain University.

In his speech, HE Sheikh Nahyan congratulated the graduates on this occasion, pointing out that they are lucky to graduate in the Year of Zayed, stressing that they have a big responsibility to emphasize the principles and noble values set by the late Sheikh Zayed bin Sultan Al Nahyan -May God rest his soul.

He also urged graduates to achieve the principles of tolerance, coexistence, prosperity, development, and peace in society.

The Minister of Tolerance, accompanied by the AAU Chancellor and the AAU President, presented certificates to graduates from various colleges and academic programs, ranging from engineering, pharmacy, law, education, humanities, and social sciences, business, communications, and media.

For his part, Dr. Noor El Deen Atatreh, AAU Chancellor, said: "We are proud to graduate a new generation of educated young people. This scientific achievement would not have been achieved without a wise leaderships’ vision for the future." He added: "Al Ain University is proud that its graduates carry the title of the Year of Zayed Batch”.

Prof. Ghaleb El Refae, AAU President expressed his happiness to Year of Zayed graduates 2018, he said: "Today you are carrying the message of knowledge, values, morals and youth's determination, A bright future awaits you, we hope you will be crowned with success and excellence".

The 12th Alumni of Al Ain University includes 1,346 graduates from various academic programs. This batch, bearing the motto of "The Year of Zayed", as an appreciation to the achievements, values, and principles established by Sheikh Zayed bin Sultan Al Nahyan, may God bless him